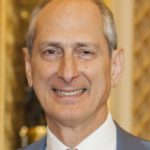 Dangoor Education provides opportunities across the learning spectrum with sponsorship of Westminster Academy, Open University Massive Open Online Courses, STEM university scholarships, the Dangoor Centre for Medical Education at the Royal Society of Medicine and the Dangoor Centre for Personalised Medicine at Bar Ilan University. Dangoor Education’s sponsorship of the UK, EU Space Design Competition and Galactic Challenges builds on the fantastic legacy of Sir Naim Dangoor, who supported the Competition for a number of years. 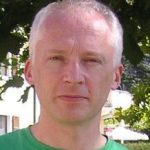 Is the Simonyi Professor for the Public Understanding of Science and a Professor of Mathematics at the University of Oxford. Formerly a Fellow of All Souls College, and Wadham College, he is now a Fellow of New College. He was previously President of the Mathematical Association, an EPSRC Senior Media Fellow and a Royal Society University Research Fellow. His academic work concerns mainly group theory and number theory. In October 2008, he was appointed to the Simonyi Professorship for the Public Understanding of Science, succeeding the inaugural holder Richard Dawkins. 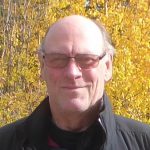 Dr Perry is the founder of the UKSDC and the Space Science Engineering & Environmental Foundation (SSE²F). He is the Honorary Chair of the SSE²F, a registered UK charity. The SSE²F supports the UK, MEA and EU Space Design Challenge and the Galactic Challenge. He is a director of the Global Space Design Challenge Ltd that runs a 12 day summer camp at Imperial College London. He is a Senior Research Investigator and a past Royal Society Fellow at Imperial College London. He has a B.S., M.S. and Ph.D. from the University of Washington, has held the US and Canada National Science Foundation Fellowship at Oxford University, and is a NASA certified Astrobiologist. His current focus is on education. In addition, he has published widely in his areas of interest of geology, geochemistry, microbiology and education. He is the author of four adventure novels. Besides scientific talks he enjoys giving talks to a wide variety of public venues for example being invited to give the Public Lecture at the Durham Institute for Advanced Studies on a Definition of Life and as a painter and member of the Chelsea Art Club an invited talk on Science and Art. As a script writer he is a member of the Writers Guild of America West. He is a director and producer with Athene Films, a Canadian film company whose most recent film is Meet Beau Dick. In his spare time he enjoys trekking, scuba diving and flying helicopters and aircraft. He has sailed across the Atlantic. Before finishing a Ph.D. later in life, he was a president of a company and has since visited many of the Earth’s extreme habitats including diving in ‘Alvin’ the deep submersible. Dr Perry was shortlisted for a Sir Arthur Clarke Award in 2013 for his work on USKDC.  randallsperry rsperry 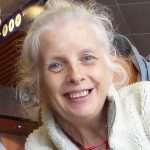 Director of Education and Outreach

Chair of the SDC Board

A passionate believer in the benefits that practical science brings to school based learning. Jenny has taught in both the private and public sectors, and additionally worked with a variety of agencies to promote and fund the setting up of Science Clubs. She received a BSc from University of Westminster in biological sciences. She has attended University of Sussex and received an endorsement to teach chemistry after receiving her PGCE from University of Middlesex.
Having worked voluntarily for the UK SDC, she is now excited to have the opportunity to extend their project based learning methods to a wider audience, and is looking forward to the continued success of the Space Science Engineering Foundation (SSE²F), the EUSDC, MEASDC and UKSDC and Galactic Challenges.
When not working with SSE²F and GC, Jenny enjoys the great outdoors by taking part in Open Water Swimming challenges, as a member of the UK Wild Camping group, and as an assessor and trainer for the Duke of Edinburgh scheme. 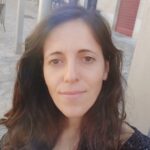 Rikki joined the UKSDC’s small team back in 2009-2010, which since then has grown fantastically. Her first day/evening working with Dr Perry and Anita Galye from Houston lasted until 4am in the morning the three hours before the competition started. She has earned her PhD degree from Imperial College in physics of porous materials and now lives in Israel where she works as a researcher in a start-up company. 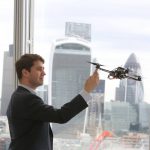 Adam completed his Master’s degree in Aerospace Engineering at Imperial College in the summer of 2015, and is now a quantitative strategist at Goldman Sachs focused on pricing and modelling of derivative products across the securities business. In his scarce free time, he enjoys flying, scuba diving, and stealing unattended pizza at the competition finals. 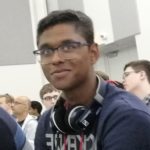 Board Member and Director of
Design and Publications

Neelesh is in his secon year of Electrical and Electronic Engineering at Imperial College London. He competed in the 2016/17 National competition and has volunteered at UKSDC and the Galactic Challenge events as well as supervising the 2017/18 Internationals (ISSDC) trip to the Kennedy Space Center, Florida. He is an avid tennis player and fan. He also enjoys his fair share of hackathons. 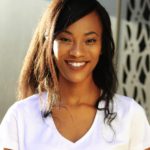 Board member and Alumni Representative

Kamogelo has a medical degree from the University of Cambridge. She has a BA in Neuroscience and is particularly interested in Neurosurgery. Originally from Botswana, she has had the privilege of participating in the UK Space Design Competition and at the International Space Settlement Design Competition at NASA’s Kennedy Space Center where she was part of the winning team. In addition she won the national Rutherford best science knowledge award. 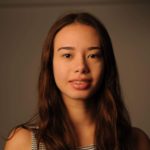 Nadia is in the third year of a Mechanical engineering degree at Imperial College London. Having first come across the competition in 2014, she threw herself into the chaos of a video heat, regional competition and a national final. She helped to organise and launch the first official Galactic Challenge. She has been the social media director for theUK Space Design Competition.
Outside of the UKSDC and the MEASDC and course studies, Nadia is on a Target Rifle Shooting team and, through university societies, gets to  enjoy every form of dance under the sun. 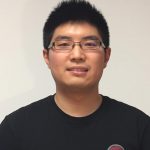 Jian Heseri started volunteering with UKSDC in 2009，first as a supporting technical specialist, and later on as judge and “company” CEO.  After completing his Master’s degree in Chemical Engineering at Imperial College London, he currently works as a reliability engineer in the petroleum industry, specialising in technical risk management and system reliability solutions in the hostile underwater environment.  The best treat for his volunteering weekends is seeing creative ideas from young candidates coming together into designs. 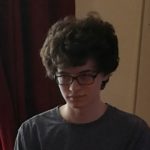 George is a second year electrical and electronic engineering student at the University of Edinburgh. He became first involved with SSE²F in a 2016 regional, and then getting through to the national competition via a video entry. Following the 2018 UKSDC nationals, George returned to volunteer for technical training and now helps with organising the competitions for the international side of the SSE²F. George helped write the Technical Training Presentations as well as becoming the Webmaster of MEASDC.